Share All sharing options for: Introducing Internet Personality The PARADE And Another Take On The Big 12

The Official Arrowhead Pride PARADE is a long-time member of SB Nation's Chiefs community, Arrowhead Pride. We now introduce you to his ramblings coherent thoughts and another take on the Big 12. 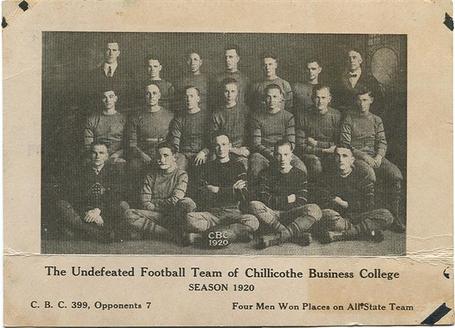 "Mmm yes, I do say the total sum of our rowdy friends are present on this Monday's eve."

Many of you are undoubtedly pleased with the recent news that Texas's decision will not render your conference of state behemoths asunder, or at least, only slightly sundered. God knows that if it wasn't for Baylor's inclusion in the Big XII we'd forget that there were entire parts of Texas we forgot we don't care about. And certainly, it would have been crushing news for schools like Missouri A&M, Kansas Tech, Iowa Poly, and to at least one fanbase that you dear reader would take great glee in seeing crushed (particularly if you happened to be part of one of the other fanbases at risk [ironic no?]).

But what about the victims?  Vicitms, you say?  What victims PARADE?  Those jokes-of-late Cornhuskers got to join the Overland Park of National Conferences (fearsome Illini).  The stinky hippies out in Boulder go to join their brah's on the left coast.  And everyone else is getting scraped together to obey our new Longhorn overlords.  Who's the victim here?  We'll tell you who:

Yes, what Communist North Korea started the UT Longhorns have chosen to carryout.  Can we say for certain that Austin is in league with Pyongyang? That William Powers is just another puppet for Kim Jong-Il?  That's not our job, Joel's the journalist here.  We just know that a program that's been undefeated for 61 years deserves a second look.  Texas's decision is just one more death rattle shaken out of the famed Missouri State Conference.

How long must the once feared Kangaroo American Footballers of Kansas City University (now UMKC) entertain the  sneers and jeers of jackals like South Dakota State University?

But PARADE, what if we like how it is?  You know we didn't all go to small private liberal arts universities where drum circling was a school sanctioned sport; where the men's field hockey team constantly complained of the women's ultimate frisbee team domineering all the Title IX money; where when talking about the "national championship" you have to clarify between soccer or lacrosse; where beards and sweatbands were part of the uniform; where you decide only to play quidditch at the club level because you want to enjoy your college experience; where claiming to know your school's "fight song" at a party and then just making up new words to the 'battle hymn of the republic' is a good joke; where at least one team in your conference was probably women's only college at one point; where guys named Nigel, Farouk, and Pajib have groupies and gpa's over 3.0; where more people put on facepaint for a Daft Punk show than any sporting event; or where far and away the most intimidating jocks are the women's volleyball team. 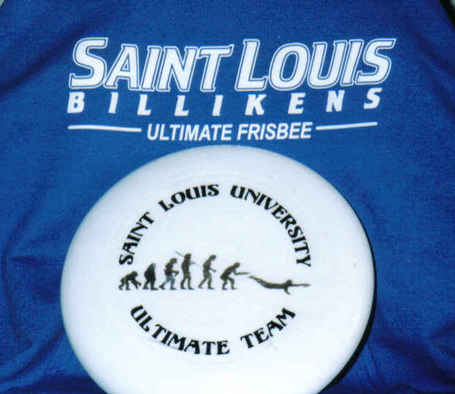 So what?  All things come to an end.  K-State has gone through several periods where UMKC Basketball was waaaay more interesting, and if they faded out of the national spotlight, meh.  (We will only say this once, that has nothing to do with our irrational hatred of the color purple, the color, not the book, or the film, the color).  Sure, conferences are about money, but they're also capricious stupid beasts that can be suckered with stunts like having a blue field.

Just spitballing here, but UMKC & Rock U split a field, half blue and white diagonal stripes, half blue and yellow stripes?  It'd look like a meth-head's candy cane and wreak havoc on spotting the ball, but boy wouldn't that smug bastard Costas have a field day with it.

"I do say they sure do if different out here in the Midwest."

"Say you know what the difference between me and Marv Albert is?"

BUT PARADE you weren't there!  You didn't experience all that big school football has to offer.  You weren't part of the massive rallies. The uniform hand gestures.  The hyperbolic propaganda.  The highly disciplined chanting.  The book burnings.  ...  The wholesale exploitation of impoverished yet physically talented to kids by providing a sham education in exchange for a marginal chance at becoming a 21st century gladiator partailly brain damaged at 45 with the financial sustainability of a lottery winner in Branson, Missoui....  "YEE-HAW!  I'MMA BUY ME SOJI!!!  Hey, lil fella here's $50k play the devil went down to Georgia again!" 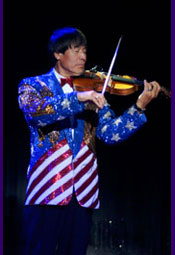 Anyway, the point is that while it would be sad at first to see some of Jefferson's "Great American Desert" teams dwindle and twist in the wind, things would carry on.  Change is good.  TV markets are great, but the internet is fundamentally changing things.  We can't say dissolving the Big XII and replacing it with a minor-mid-mid-major-super-crappy-ooh-look-at-us-we're-Marquette-we-get-3-nationally-televised-basketball-games-a-year-a-plbthssshhhhh! conference would necessarily be much fun in the short-term.  But hey, if we in the midwest could replicate what the Big East does in incorporating large and small schools into a competitive conference that could be really cool.

Find the casual college basketball fan in KC who if not outright supportive of KU would not LOVE to see a UMKC ROO's team walk out of Lawrence with a "W" one day.  It's like when MU would weirdly beat Nebraska in the 90's, only a million times cooler.

Roos be crazy yo

Furthermore, what if this whole "soccer thing" they've been trying to make happen in the U.S. finally happens after 50 years?  What if all that indoctrinating 5 year olds in the mid-80's finally took hold?  What if a whole army of 20 somethings go Manchurian Candidate on the nation and start caring about athletes with only one name?  The Creighton, DePaul, Akron, SLU quadrangle would become the nation's centerpiece.

But seriously folks, you have to admit as tragic and unsettling as dissolving the Big XII would be, revolutionizing the small school sports scene in the area would be awesome... or at least awesome for hispter's looking for ironic t-shirts in 20 years. 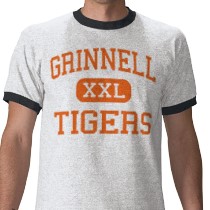 Yeah, does that come in a medium/small?

Well, so maybe not.  But stand we by the theory that while playing the handmaiden for Longhorn football's national championship set-ups may serve the interest of K-State and Iowa State relevance in staying afloat now (nothing against those schools, except purple, God help you, maybe join the hideous conference with Northwestern and TCU... but we digress).  In the long-term maybe something like a KU, MU, K-State, Iowa State, UMKC, Rock U, Wash. U, SLU, Missouri State, Creighton, Grinnell and maybe like SIU or a Washburn or a Colarado State could've cool.  Impossible pipedream sure.  But if the KC-centric area of the country could model itself on a future Big East type conference in 10 years, who knows?  At there'd be some sweet shirts out of it, look what bringing back the powder blue has done for the Royals.

*Don't worry the Pac-10 has O.J. and Rae Carruth who we guess is still a Big XII guy, and Leonard Little was an SEC guy (but those three are all kinda downers).  And don't leave out the mid-majors in the MAC that have Big Ben.  Also it's really not fair to the ACC or the Big East to have to answer for any part of "The U's" braintrust.