The recap on MLB.com called it possibly a "historic" moment in baseball. Maybe I wouldn't go that far but I certainly don't remember umpires changing calls very often.

Here's what went down: Mike Aviles was on second and a ball was hit to Astros shortstop Geoff Blum, who appeared to trap the ball. Aviles kept going to third because he saw the ball bounce on the ground.

"I didn't think it was going to carry as far as it did, that's why I took off," Aviles said. "I looked back and saw it bounced and I just kept going to third. I didn't know they called it a catch until was I standing at third."

The umpire felt differently and ruled it a catch as Blum went over to step on second base rendering Aviles out.

"I knew he didn't catch it from the get-go," Royals third base coach Eddie Rodriguez said. "I think [Blum] got indecisive afterward and tried to sell it and Everitt bought the sell. But after reviewing it, obviously they changed it. They did come up with the right judgment."

The Astros walked off the field as Royals manager Ned Yost came onto the field to argue. After a discussion, the umpires decided to reverse the call and label Aviles safe at third.

"We're under a directive to get calls right if we can get them right," umpires crew chief Tim McClelland said.

And get it right they did, according to the photo evidence below. 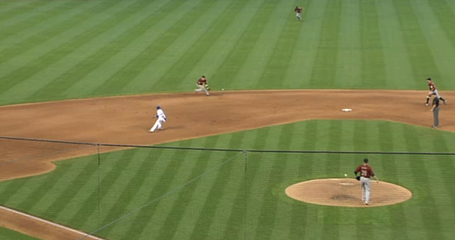 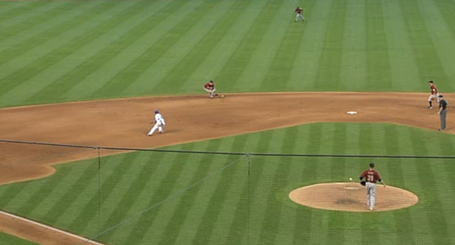 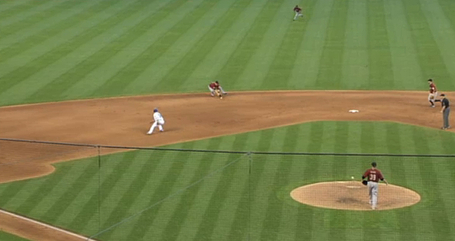 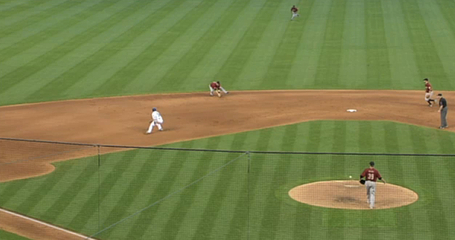 Photos: Umpires Reverse Call In Royals Victory Over The Astros