Missouri hopes to avoid the fate of its rival by taking care of an FCS-level team at home when McNeese State visits Faurot Field on Saturday evening.

Missouri returns home to Faurot Field on Saturday evening to the scent of cupcakes in its kitchen. But after hearing about its neighbor to the west choking on a similar cupcake last week, can Missouri expect McNeese State to go down easily? Or will it be an evening of uncomfortable heartburn? RPT of Rock M Nation has a primer of what you need to know prior to kickoff.

According to a common saying, opinions are like a certain anatomical feature: Everybody has got one. Opinions on scheduling philosophies are no different. The Boise State win on Monday only reignited the strength of schedule debate, and come Saturday, we can only assume announcing teams across the country will try to localize the debate. Throw in the fact that FCS-level McNeese State is in town and it seems like a good idea to go ahead brace yourself for that topic of commentary.

Pinkel told the media before the Illinois game last week that he and athletic director Mike Alden would have to sit down and reevaluate their scheduling philosophies in the future. Typically, Missouri has favored the following approach in its four non-conference games: one mid-tier BCS opponent, two non-BCS opponents, one payout FCS-level game. With the Big 12 presumably shifting to a nine-game conference schedule once Nebraska and Colorado defect, that philosophy will have to adjust, though it's safe to assume Missouri will be clinging on dearly to FCS-level contests like Saturday's tilt with McNeese State.

Of course, no discussion of FCS games in Missouri circles this week seems to have been complete without fans making some kind of reference to the Big 12's sole Week 1 loss. One commenter on the Kansas City Star's website added, "I'm sick and tired of North Dakota St. scheduling cupcakes every year!" For a full picture of life in Missouri for the last six days, pair that previous comment with the quip that has since replaced "Northern Iowa" as the de facto Kansas joke this week:

Q: How many batteries does it take to shock a KU fan?
A: 1-AA

This is the point in which you ignore the fact that, Dude, 1-AA is not the preferred nomenclature. FCS, please.

Narrative You Really Should Be Hearing More About: Drunk Driving Awareness

Not just because the Missouri program was tied to three arrests in the last two months, but because it's a perfect platform. It provides Pay-Per-View play-by-play announcer Dan McLaughlin, a respected community member, the opportunity to enlighten... (interrupted)... he... wait, what?... he did?... you have a photo?... let me see it... 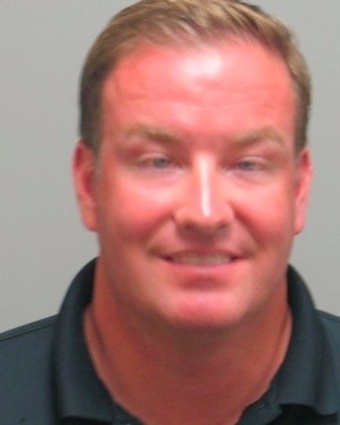 In a "Show Me" State This Week: Linebacker Andrew Wilson

Both members of Missouri's two-deep at middle linebacker are expected to miss Saturday's game, so redshirt freshman Andrew Wilson inherits the job for his first start in only his second career game. Wilson steps in for the two presumed co-starters, junior Will Ebner, who will miss his second straight game for a DWI suspension, and senior Luke Lambert, who pulled his hamstring in Missouri's 23-13 win against Illinois last week. Missouri's depth at linebacker was a point of pride all offseason, and two games into the season, Missouri's having to put its money where its mouth is.

For Your Mizzou-Themed iPod Playlist: Buddy Guy, "Somebody Else is Steppin' In"

You just go right back out there where you've been,
'Cause while you were slippin' out,
Oh, someone else was slippin' in.

Alright, so I don't think inserting young players into playing roles is exactly what blues legend Buddy Guy was talking about in "Somebody Else is Steppin' In," but I think my point will stand. Presuming that Missouri can avoid the fate of the Ole Misses and Kansases of the world, the Tigers would love nothing more than to allow all its players on the two-deep and beyond to step in at some point. Missouri fans should get their first look at the offense of the future when true freshman James Franklin sees his first action at quarterback. A heady player and a natural leader who throws a catchable but not delicate ball, Franklin entered the Missouri program last spring after graduating early from Lake Dallas High School and immediately staked his claim to the No. 2 role. His game preparation has become of paramount importance for the long-term vitality of the Mizzou program, as the Tigers have to prepare for the possibility that Blaine Gabbert cashes in the price tag on his right arm in the NFL Draft after his junior season.

The quarterback position is the most high-profile, but Gabbert and Franklin's backfield mates may be just as fun to watch in expanded roles. True freshmen Henry Josey and Marcus Murphy are both expected to receive playing time, with Murphy expected to return kicks in the absence of injured safety Jasper Simmons. Observers raved about Josey's speed throughout camp, and he teased Missouri fans with a good-looking 10-yard run in his lone carry of the season opener. Both backs are small in stature but loaded with quick cut ability, and given everything we've heard, both could be perfect fits for Missouri's style of offense.

For Your McNeese State-Themed Playlist: The Who, "Who Are You"

And if The Who is a little cliché for you, there's always Major League (language warning):

Rick Vaughn? Willie Hayes? I've never heard of most of 'em. Mitchell Friedman?... Who are these f*****g guys?

Missouri fans will hope the Cowboys remain a nameless, faceless, punchless, cash grab guarantee for the W column, but knowing Missouri fans, they'll never be quite comfortable taking a win for granted. After all, if college football is ready to gut punch its fans, Missouri fans will always be tensed up waiting for the blow.