Share All sharing options for: Where Is Qatar, World Cup 2022 Host Country? 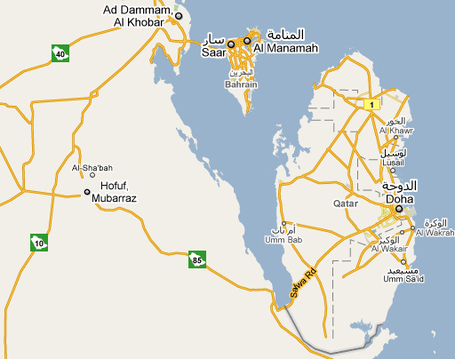 Qatar, or the State of Qatar, is an Arab country known officially as an emirate in the Middle east. It's in the Qatar Peninsula on the northeast coast of the Arabian Peninsula. It's bordered by Saudi Arabia and the Persian Gulf.

FIFA announced on Thursday that Qatar has won the rights as the host country for the 2022 tournament in front of the United States and Australia.

World Cup 2022 Host Will Be Qatar, Not United States