The Kansas City Chiefs uniforms didn't change much after the Nike unveiled the new looks.

Kansas City Chiefs star wide receiver Dwayne Bowe was the first to sport the newly unveiled NFL Uniforms by Nike on Tuesday. There were only a few highly anticipated changes with the unis, particularly with the Seattle Seahawks. But the Chiefs won't be changing it up too much, aside from a new name on the apparel and maybe some different material.

Darren Rovell tweeted every teams' new uniform as they were being revealed and here's a look at the Chiefs right here. 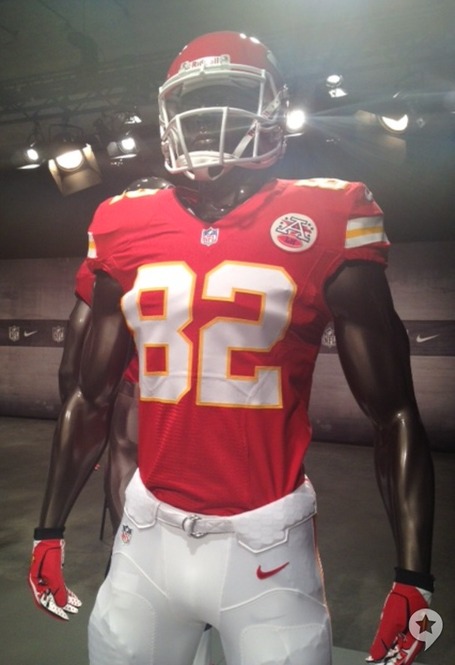 Also, here is a look at Bowe sporting the look.

Read more about the uniform changes at the SB Nation story stream here. For more on the Chiefs, go to Arrowhead Pride. For additional news and notes around the league, follow the SB Nation hub page.