Kansas City Royals GM Dayton Moore officially announced the arrival of Jeff Francoeur to the team. Both Moore and Francoeur spoke at the press conference and Francoeur said a few times that his relationship with Moore played a role and he wanted to be in a comfortable place.

Francoeur says there are a lot of guys coming up in the Royals farm system, and other good guys that are in Kansas City,

Francoeur said he got too big the last few years and he wants to "get back to having fun". He says when he's happy and comfortable he tends to play well. 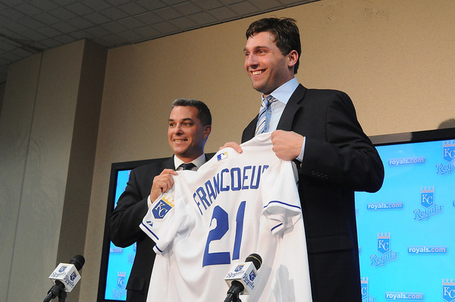