Kansas Jayhawks basketball big man Marcus Morris will soon have a new honor to add to his collection -- cover boy for the Sports Illustrated regional preview of the 2011 NCAA tournament bracket. Morris was picked for the cover, which will be distributed with various regional players on the cover including UConn's Kemba Walker and Duke's Nolan Smith.

Morris is obviously well-deserving of the honor. He was chosen as the Big 12 player of the year which wasn't a huge shock. He's the best player on the conference's best team. He's also a finalist for the John Wooden Award which goes to college basketball's player of the year.

KU basketball is heading into the NCAA tournament as a No. 1 seed facing Boston University. Morris, along with his brother Markieff, are arguably the two most important pieces to the team. Sure, KU is one of, if not the deepest team in the country but no one else has a front court as dominating as those two.

What's so great about Kansas is that Markieff isn't too far behind Marcus. There were times this year when it looked like it should have been Markieff, and not Marcus, as the Big 12's player of the year. 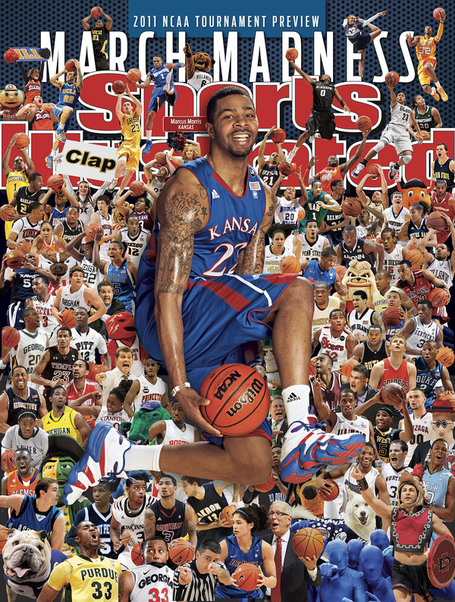