Does the Heisman Trophy belong to Johnny Manziel, Manti Te'o or Collin Klein?

All three contenders -- Te'o, Klein and Manziel -- have credentials that are solid enough to warrant serious consideration.

Share All sharing options for: Does the Heisman Trophy belong to Johnny Manziel, Manti Te'o or Collin Klein?

The Heisman Trophy debate is a yearly occurence among college football fans and analysts, even before the beginning of each season. Every post-season award emerges with a preseason watch list before the first kickoff of the year, and such lists are pared down as the season progresses -- each one pointing to the year-end finale when the winner prevails above all others in a multitude of categories. For the Heisman, it comes down to the best player in the country.

In 2012, the debate primarily centers around three players above all else: Kansas State quarterback Collin Klein, Texas A&M quarterback Johnny Manziel and Notre Dame linebacker Manti Te'o. Each player have their obvious credentials, but this year is an interesting one given that there's no obvious choice -- at least on a national level. The question is: who deserves it the most? 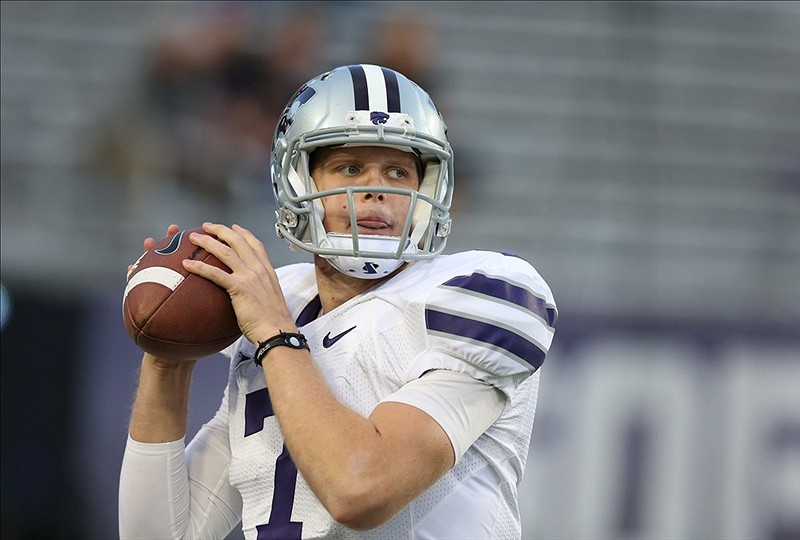 Collin Klein was in the lead for much of the season after the Kansas State Wildcats continued to take out each and every ranked opponent on their schedule -- waging war through the Big 12 like few teams can do. Once Bill Snyder's team reached the No. 1 place in the BCS Standings, it was clear that the team's quarterback and leader was likely going to walk away with a number of postseason awards.

Then came the game against the Baylor Bears two Saturdays ago. It was at that point that the Wildcats looked human, and the Bears decimated the Wildcats on every level. It was an embarassing loss and it cost K-State a chance at the national title. It also likely cost Klein the Heisman Trophy.

It's not that the numbers aren't there for Klein; in fact, they're stellar numbers that warrant every bit of attention he's been given. The senior quarterback holds a 66.7 completion percentage with 14 passing touchdowns and 6 interceptions. In addition, he's rushed for 787 yards and another 20 touchdowns on the ground. He's a two-way offensive threat who steps up in the biggest games.

The downside is that the Wildcats are No. 7 in the country. They'll play for a major BCS bowl, but there are others with better numbers than Klein and the fact that he's not playing for one of the top 3-4 teams in the nation will hurt his resume in the end.

The same can be said of sensational freshman Johnny Manziel, who has taken the country by storm ever since the Aggies upset Alabama, the No. 1 team in the nation at the time. Manziels' numbers trump Klein's -- with a 68.3 completion percentage to go with 24 touchdowns and 8 interceptions. In addition, he's rushed for 1,181 yards and 19 touchdowns and he has many calling for him to be the first freshman to ever win the Heisman Trophy.

As good as Manziel has been, however, the Aggies might be left on the outside looking in when it comes to the final BCS standings. Their only losses are to Florida and LSU, and the team has proven to be a worthy addition to the SEC. However, two losses is still two losses, so there are other teams -- K-State included -- who can keep them out of a major bowl. Give that, it's hard to see Manziel earning credit if another player is there who can boast the ability to lead a winner. 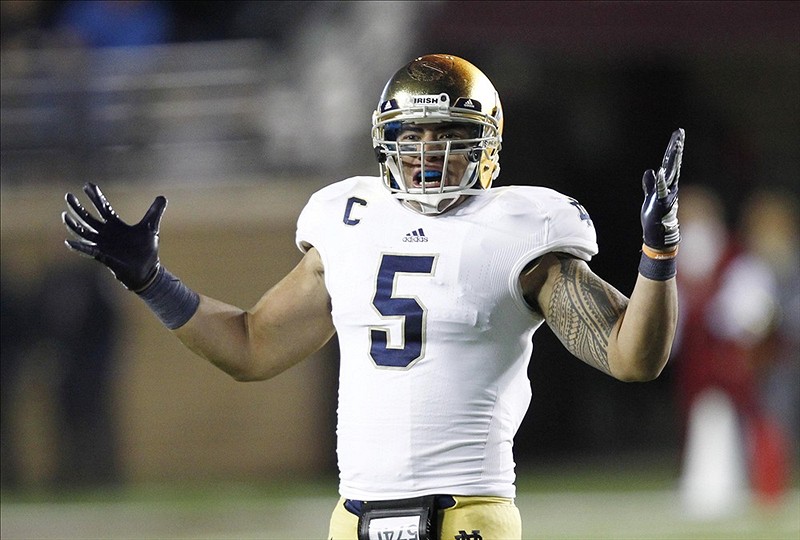 That's where Manti Te'o comes in. Despite the numbers and attention given to the quarterback position, it's Te'o who is the lone contender playing for an undefeated team at this point. Te'o is the unquestioned heart and soul of the Notre Dame Fighting Irish -- a team that will be playing for the national title when all is said and done. He's an impact linebacker with a strong pro future who has helped Notre Dame turn things around on the field after years of mediocrity. In short, one of the most storied programs in college football history is back at the top -- and it can thank Te'o for that.

The numbers are also there. In 12 games, Te'o has 103 tackles, 7 interceptions and 1.5 sacks. He also has 5.5 tackles for loss. He's intelligent, quick, and has a well-rounded game to be a threat against the run and the pass. In short, he's the best defensive player in college football right now.

While Klein and Manziel deserve the respect and platform they have received to this point, they deserve to be celebrated in other ways. In fact, they even deserve Heisman consideration. But when it comes down to it, only one player should be holding the Trophy in the end -- a proven player with the stats and winning record to prove it, Manti Te'o.