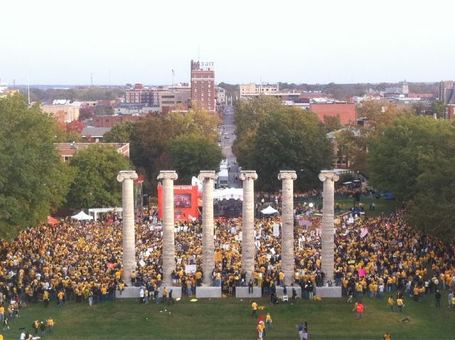 Dang, Missouri Tigers fans. You sure know how to show up.

ESPN's College GameDay is in town for the Oklahoma Sooners vs. Mizzou and it appears MU fans know how to wake up early. GameDay kicks off around 8:00 a.m. but these fans were here all night long. Uncomfortable on the grass I imagine.

Here's what Sean Weatherspoon, former Mizzou LB, had to say via Twitter:

They're estimating several thousand for GameDay. I haven't yet heard an exact number.