National Signing Day 2012: Dorial Green-Beckham Gets A Billboard To Commemorate His Signing To Mizzou

Share All sharing options for: National Signing Day 2012: Dorial Green-Beckham Gets A Billboard To Commemorate His Signing To Mizzou

In a landmark moment for the Missouri Tigers, they were successful in signing the No. 1 ranked wide receiver in the nation and arguably their greatest recruit ever in Dorial Green-Beckham. In commemoration of the signing, the folks in Springfield, Missouri (preemptively maybe) decided to get themselves a billboard.

From Gabe DeArmond of Missouri Rivals:

Here is the billboard for all its glory, lets hope that the young man can shine in the SEC where stud defensive backs grow on trees. 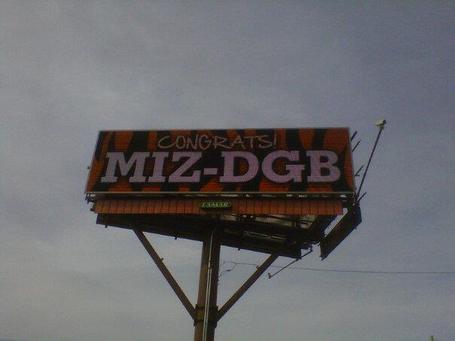