After months of speculation over some very blurry stills captured from teaser videos at Mizzou's official site, the new Tiger football uniforms are set to make their debut Saturday during the Missouri spring scrimmage. There's also a just-leaked shot that might be the whole darn ensemble (SPOILER ALERT!): 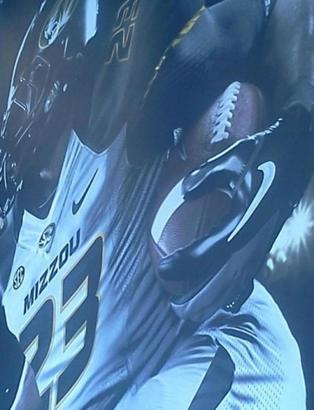 One reason not to believe this is the final (or sole) outfit? The logo on the helmet doesn't seem to be the same as the larger, gold-er looking Tiger's head in the teaser video. Below is mock-up by the Rock M Nation team based on blurry teaser images. It's like a Zapruder film, reconstructed backwards, but without the murder of a president, and about college football uniforms: 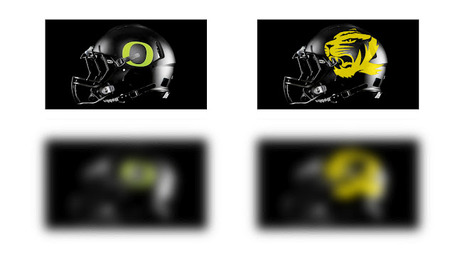 As this post over at Rock M Nation details, there's some similarities between the Mizzou prototype and what Nike's done for Oregon, although without some of their wilder flourishes. How many "Oregon flourishes" the Tigers sport will be of great discussion among their new SEC neighbors. "Chrome helmets??!" / clutches pearls, faints.