The world is one quarter away from having to throw a bunch of jokes in the trash.

At the end of three quarters in Miami, the Heat lead the Thunder 95-71 and LeBron James is closing in on his first NBA Championship.

A 16-1 run late in the third quarter pushed a seven-point deficit into 22 points and the party began on South Beach. There was a lot of this: 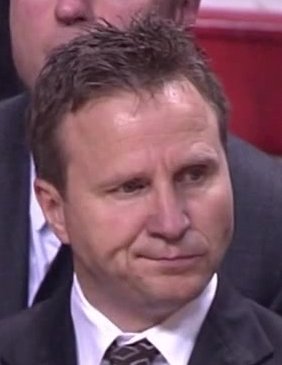 The Thunder have been led by Kevin Durant's 26 points on 11-for-20 shooting, along with nine rebounds. Russell Westbrook has 19 points on 4-for-17 shooting. He's 11-for-13 from the three-throw line .

But the man of the night as been James, who has 19 points, 11 assists and seven rebounds, turning in a great performance at the most important time. Soon, he'll get to celebrate.

For more on the 2012 NBA Finals, check out SB Nation's NBA page. For Thunder news, go toWelcome To Loud City, and for Miami Heat coverage, check out Peninsula Is Mightier.