Chad Ochocinco arrived in Kansas City on Tuesday night to prepare for his Wednesday debut with Sporting Kansas City. The Cincinnati Bengals WR will be on trial this week as he tries to prove this isn't a publicity stunt and he really can play.

Ochocinco arrived at KCI on Tuesday night to what looks like some cameras: 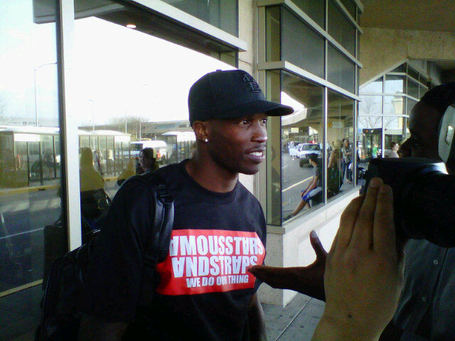 His practice on Wednesday is closed to the public so this won't be a publicity stunt from that standpoint. It's unclear what his tryout will entail. The KC Star mentions one tryout on Tuesday included running laps without even touching the ball.

The KC Star also mentions he went to Oklahoma Joe's upon arriving in Kansas City. Here's a photo of him there from Twitter: 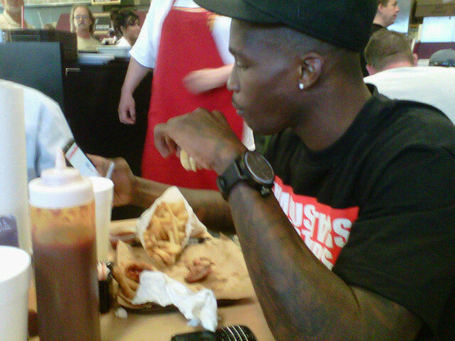 He ordered a Z-man with fries which, if you've been to OK Joe's, is a no-brainer order. Looks like Ochocinco is already off to a good start in Kansas City.

Chad Ochocinco Sticking Around As Honorary Member Of Sporting KC